Geelong to Offer a Sibling for Chef's Hat Awarded Coda and Tonka? 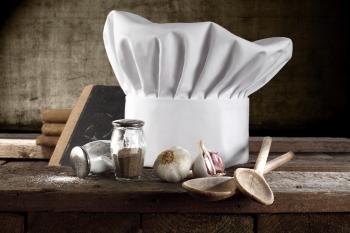 It could be exciting times ahead for Geelong's food industry if Kate Bartholomew's plans to return home are true.

According to the Geelong Advertiser, the former Geelong College student and co-owner of Coda and Tonka believes the city is the next big thing and she one day plans to return home to open up another restaurant. She already has three Geelong sites in mind.

If the move was to happen, Bartholomew would bring with her the experience of having established not one, but two Chef Hatted restaurants.

Bartholomew was just 25-years-old when she opened the doors to Flinders Lane restaurant Coda alongside her partners husband Mykal and well-known TV chef Adam D'Sylva.

Within just two months, Coda had been awarded its first Chef's Hat by the Good Food Guide.

The trio's second restaurant, Tonka, opened its doors earlier this year in Duckboard Place and just like its sister restaurant, welcomed a Chef's Hat after a short time. It's a massive achievement for the three owners who live and breath the restaurants.

Each venue has a different cultural standpoint, with Coda offering modern Australian cuisine with an Asian influence and Tonka being heavily influenced by Indian and Sri Lanken cultures.

Who knows what Geelong could bring?