Everything You Need to Know About Cooking With Pumpkins 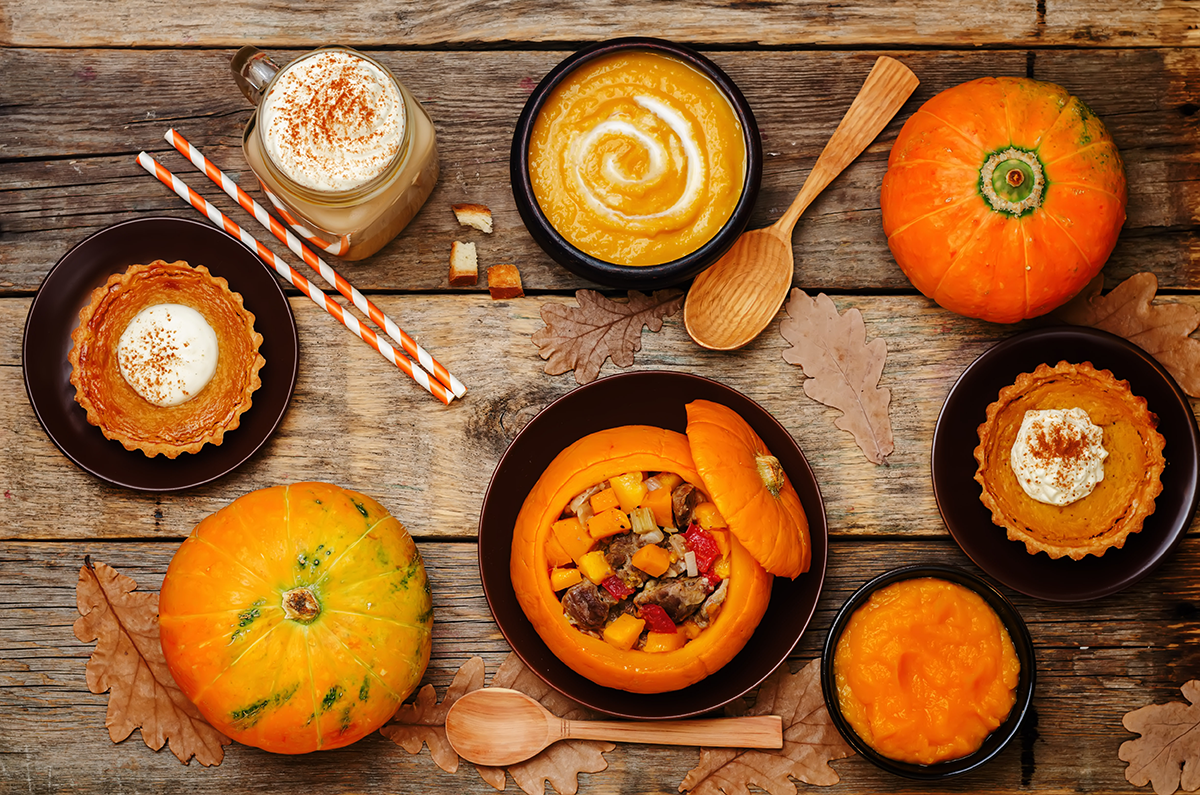 Pumpkin is one of those versatile ingredients that can be delicious on its own, as the star of a dish, as part of a drink, or even as a dessert.

Pumpkins are used all across the world; often associated with the traditional foods made around Halloween or on the American holiday Thanksgiving, such as baked pumpkin, pumpkin bread and pumpkin pie, they are also widely used in Mediterranean cooking, in pasta or pizza, and in Middle Eastern cooking, in preserves and curries. You may be surprised to learn that Europeans initially used pumpkins as cattle fodder. We're guessing they figured out pretty quickly that humans enjoyed them too!

Here in Australia, pumpkins are consistently ranked in our top 10 most popular vegetables. We love it in soups, risottos, on the barbeque, with roasts, or in scones and fruit cakes. Pumpkins first landed on Australian shores with the First Fleet in 1788 and we're still loving them today. They're cheap, they're versatile and they're good for us. What's not to love?

What nutrients are in a pumpkin?

Like other orange fruit and veggies (we're looking at you, carrot), the pumpkin has high levels of beta carotene. This antioxidant converts into Vitamin A, which our bodies use for our vision, the immune system, and reproduction. Vitamin A also helps the heart, lungs, kidneys, and other organs work properly. Pumpkin is also high in potassium and fibre and is believed to have anti-inflammatory properties. But that's not all… It's low in saturated fat, and very low in cholesterol and sodium. It is also a good source of Vitamin E, Vitamin B6, Folate, Iron, Magnesium and Phosphorus, and a very good source of Vitamin C, copper and manganese. 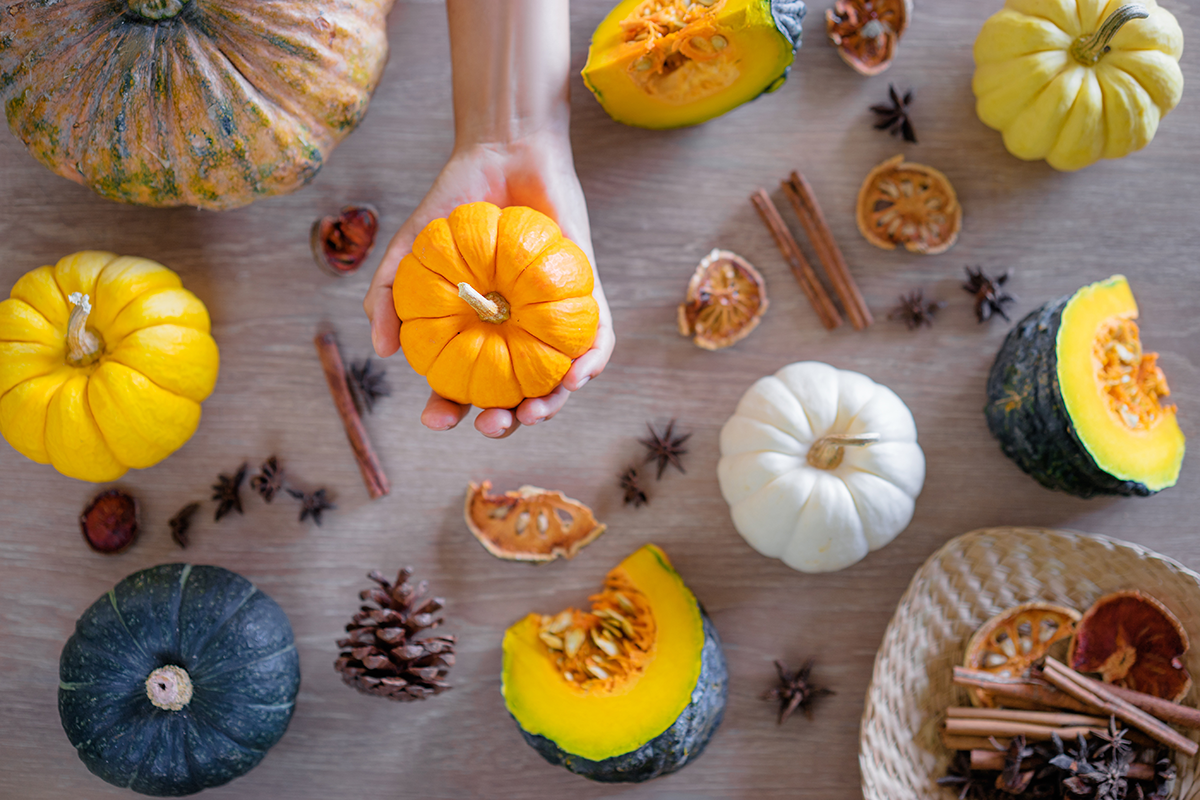 Pumpkins come in an exciting array of shapes and sizes, each with its own distinct flavour and uses. Did you know the biggest pumpkin on record was grown in the USA and weighed a massive 667 kg?

Here are some (smaller) varieties you might want to try: 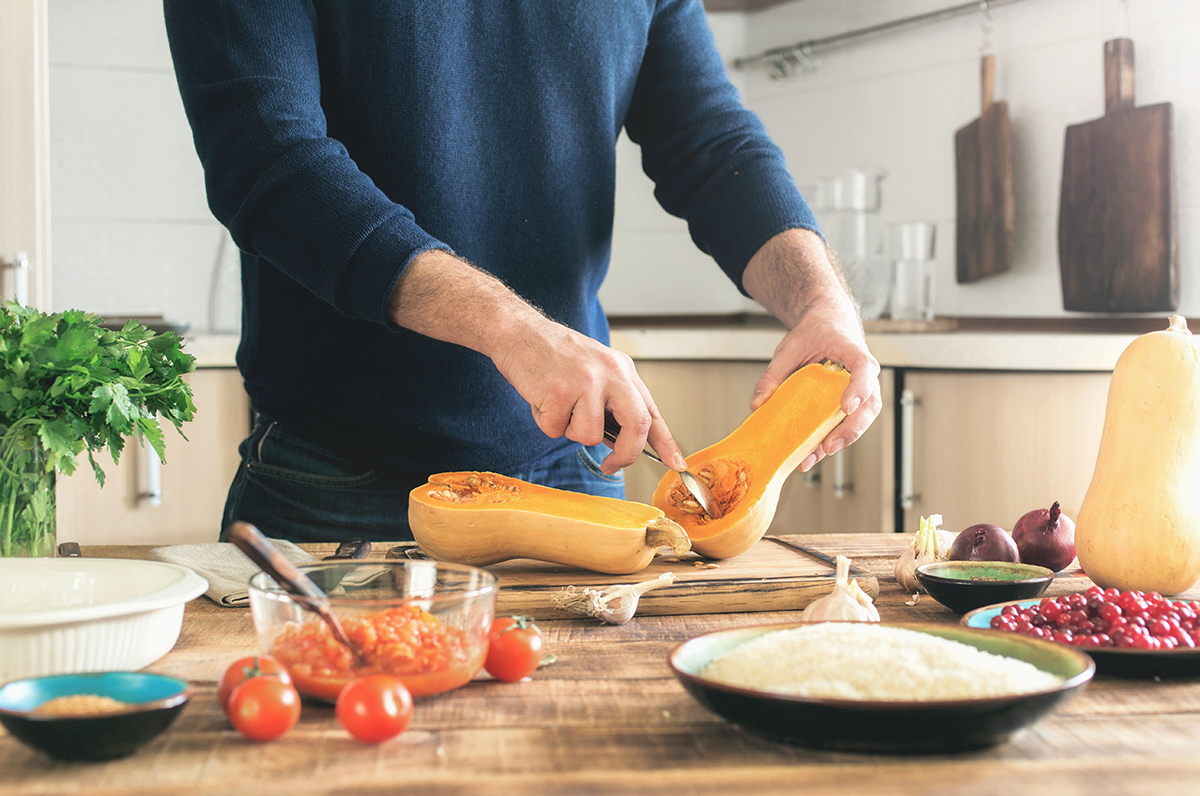 It's often assumed that cooking pumpkin will keep you in the kitchen for quite a while, but this isn't always the case. Make a delicious midweek meal by adding diced pumpkin to pasta, or simply serve lightly spiced as part of an antipasto or as a side. Roasting pumpkins is one of the best ways to appreciate the full flavour of the vegetable; cooking them at high temperatures caramelises the pumpkin's natural sugars, making them especially flavoursome. Roast pumpkin with spanish onion and other veggies and serve with roast beef for a traditional Sunday dinner with the family.

If you're after pumpkin puree or mash, it's best to steam the pumpkin, as boiling can make it too wet. Try making a classic soup for a winter's night, or putting it in a quiche or casserole, a stew or pie. Or try a warm winter salad with couscous, roasted beetroot and pumpkin, plus some onion, broccoli, chickpeas and feta.

When cutting pumpkin, be aware that pumpkin skin can be very tough to cut and its smoothness means your knife might slide right off. A serrated knife can work better to grip the skin.

Flavours that work well with pumpkin

The flavours that shine with pumpkins include cheeses like ricotta, blue cheese, goat's feta and parmesan. You could serve pumpkin on a platter with cheese and cured meats. As for herbs, pumpkin marries well with coriander, rosemary, thyme and sage. Or make something sweet and include touches of cinnamon, nutmeg, cloves or orange rind.

Finally, remember that the pumpkin seeds are edible too. They're a nutritious dried snack and a great source of fibre. To make use of your pumpkin seeds, simply clean them off and dry them on a paper towel, then toss them with 2 tablespoons of olive oil and some sea salt. Roast them as you stir until they are dry, golden and delicious!

How should you store pumpkin?

Already cut pumpkin can be stored in the fridge for up to a week, while whole pumpkins with unbroken skin will last for months in a cool, dry place (10-16 degrees).

Prefer someone else to cook for you?

Plenty of Aussie restaurants offer delicious pumpkin dishes, like the Japanese pumpkin risotto at Riley St Garage in Sydney, or the linguini with roasted pumpkin, blistered cherry tomatoes, rocket and buffalo mozzarella at Blue's Restaurant in Middleton, South Australia. Try a pumpkin pizza or pumpkin crepe at D'Amicos Italian Restaurant & Pizzeria Wangaratta or slow roasted goat with fried pumpkin and hazelnut tadka at A Touch of Salt in Townsville.

Pumpkin is so versatile it's on virtually every menu. If you know a pumpkin lover who loves to eat out, buy them a Good Food Gift Card and let them browse our participating restaurants for their favourite pumpkin dish.